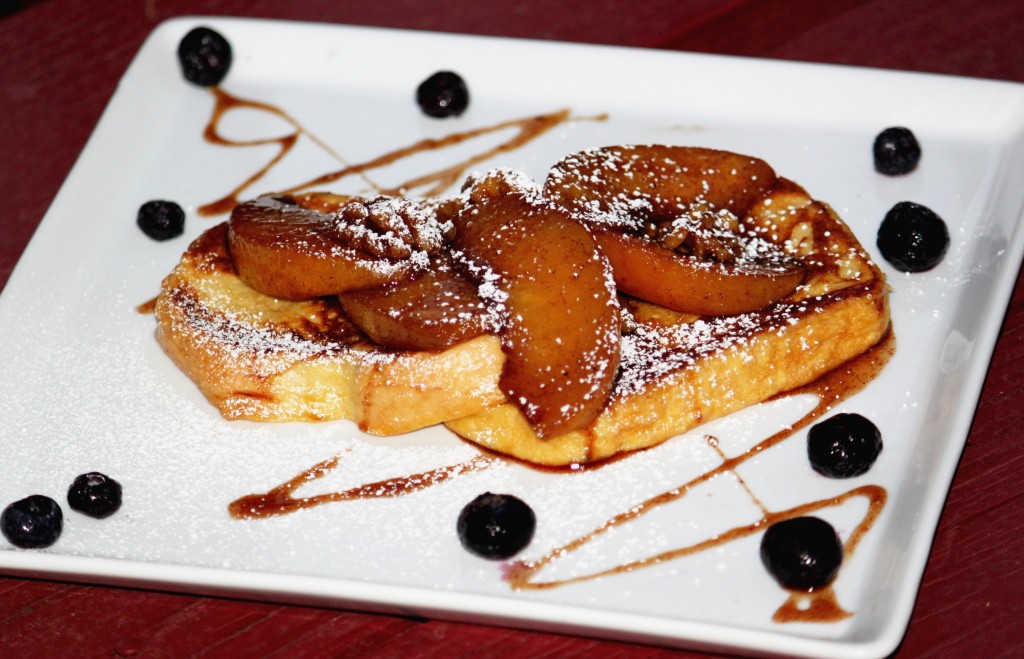 My French Toast Compote was intended for peaches, as was most every other recipe available on the internet.  You would think in that never-ending series of tubes and wires, the nectarine would have found a home.  But alas, it’s relegated to the bottom paragraphs of peach recipes where it’s mentioned as an alternative.

The nectarine is not an alternative, it’s a star.  It’s made for the spotlight and the spotlight tastes of delicious French toast.

For the compote, I combined sliced nectarines, sugar, water, and spices in a saucepan heated to medium, and stirred until they were all incorporated.  This took some vigorous stirring, which in a kitchen makes you feel important and knowledgeable.  It’s best to stir with a crowd around you so everyone knows that you’re important and knowledgeable. 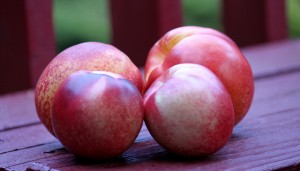 Turning my attention to the French toast, I combined eggs, milk, and vanilla in a mixing bowl and whisked away.  During my past forays with French toast, I’ve skimped on the eggs.  Don’t.  If you want a nice crust on your toast, you need those eggs in the mix.

I heated up another sauté pan, threw in some butter, and began dipping my thickly sliced bread into the mixture.  While some recipes call for leaving your bread submerged in the mix, I dipped them only momentarily.  If my bread had been stale—stale bread makes for the best French toast—it would have withstood a few minutes in the mixture.  But with fresh bread, it’s too easy for it to become super-saturated.

Letting the excess mixture drip off the bread, I moved the toast to the pan and waited.  It’s important to be patient; the crust needs time to develop.  After 3-5 minutes on one side, I flipped them.  Once both sides were cooked, I moved them to my 300’ oven so they would stay warm and cook for a few more minutes to remove any possibility of raw eggs.

Returning my attention to the compote, I stirred the mixture and reveled in its delightfully goopy consistency.  I pulled the mixture from the heat and took my toast from the oven after another five minutes.

Then I ate French toast.