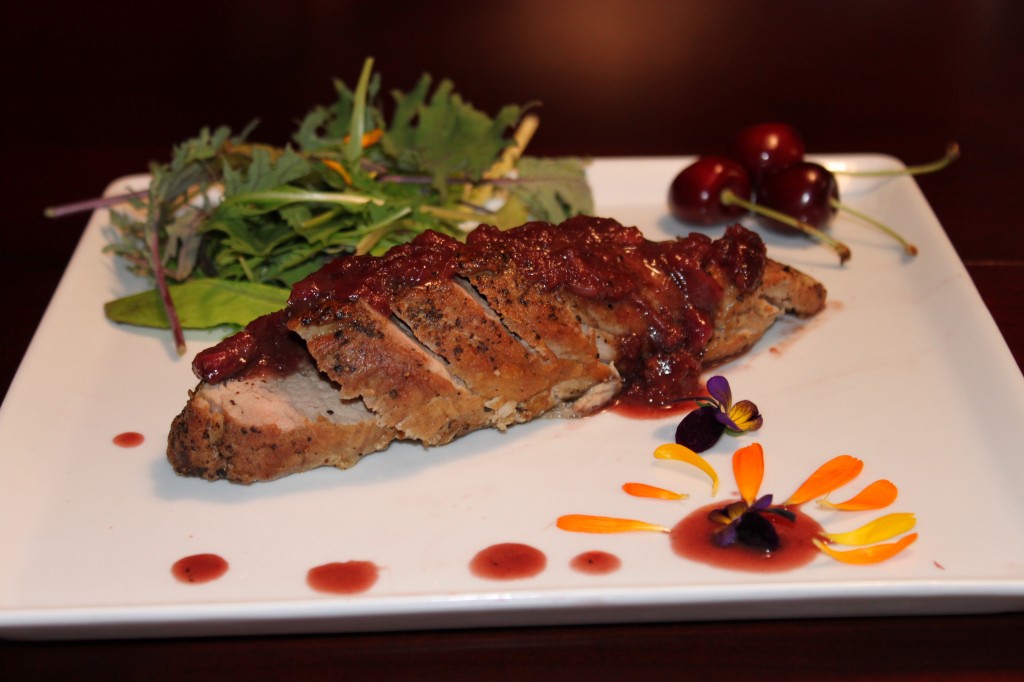 Normally, Aaron (our E-commerce Manager) handles the recipes.  He’s cooked some tasty dishes in the past few months, and has done so with great aplomb.  Too much aplomb.  It’s time to put an end to his reign of “following the recipe” and “measuring things”.  With great fruit, great things are possible, even in the hands of someone like me.

As proficient as Aaron is, he doesn’t have the experience I bring with me, namely four years of college spent watching The Food Network and Top Chef—if cooking were a spectator sport, I’d be a legend.  Suffice it to say that I was ready for any challenge. 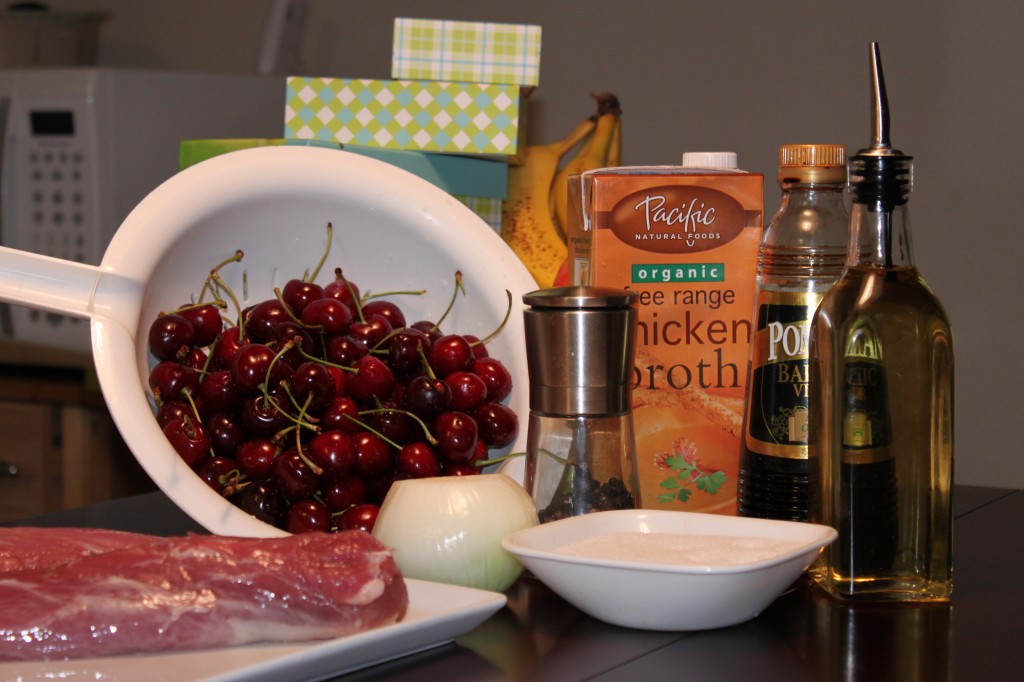 We chose Cherry Pork Tenderloin because we got our first boxes of Oregon Cherries last week.  They’re delicious.  So delicious they don’t even need a recipe: I contemplated throwing a few cherries on a plate, sprinkling some parsley on top and calling it a day, but I could never do that to you, our beloved reader.  You’re here for a recipe and I plan on delivering in spades.

To begin, I took the pork tenderloin out from its package and challenged it to a staring contest.  The pork won.  You see, I’m from the sort of family that cooks pork until it’s done, and then cooks it for another hour to be safe.  Tender pork is something of a final frontier for me.  But tender pork was on the menu, and tender pork is what I’m delivering.

I preheated the oven to 360° and started chopping my onion.  The recipe calls for a shallot—whatever that is—but I used onions and cut them into perfectly symmetrical pieces.  If they handed out awards for onion chopping, well you get the picture.  I browned the onions in my cast iron skillet, and removed them to make way for the pork.

Next, I seasoned my tenderloin with salt and pepper.  Do not hold back reader.  Salt brings out flavor; flavor is good, very good.  I’m a bit of pepper monkey, so you’ll have to excuse the excess of pepper coating my meat.  With my meat seasoned, I added it to the skillet and browned each side as evenly as my misshapen pork would allow.  Give your pork time to develop a nice crust, it’ll be worth it.  After the pork browned, I threw it in the oven and set the timer.

With my thermometer in hand, I diligently awaited that 155° reading.  155°-160° is the ideal range for pork.  At those temperatures it’s tender and cooked all the way through.  I constantly checked on my pork and as a result, it took longer to cook.  But eventually my thermometer read 155°.  I triumphantly pulled the pork from the oven and set it rest. 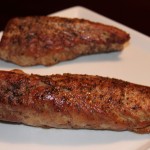 Next, I added my cooked onions, balsamic vinegar, and chicken stock to the skillet, and begin to scrape the bottom to deglaze those delicious pan drippings.  That’s where the flavors at readers, and if you haven’t heard, flavor is good, very good.

The liquid began to reduce, and after a while I added the butter, brown sugar and cherries.  I smashed up the cherries with a fork and made sure that their color and flavor made its way into the reduction.  I gave the sauce a taste.  It was delicious, absolutely delicious.  The sweetness and acidity from the cherries elevated what would have been a dull gravy into something much more spectacular.  It was fruit in a savory application.  What a revelation.

I sliced the pork on a diagonal and put the sauce on top of the medallions.  I took a forkful of pork, and added its saucy cherry friend to the mix, and hooray.  My pork was tender, my sauce was outstanding, and my confidence was at an all time high.  This dish is a homerun.  It’s seasonal and complex thanks to the addition of the cherries.  With fresh seasonal fruit, you can never go wrong.