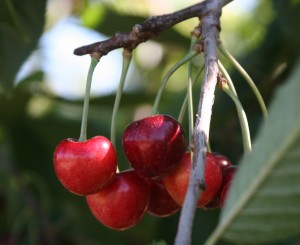 their dark merlot skin glimmering outwards towards the dirt road.  They are ready to be picked.  It’s a week later than expected but harvest will come; the Bings are ready, the Bings are ready.  For Orchard Manager Eric Shrum, the sight of a thriving Bing crop should be cause for celebration, but it isn’t.  He’s not ready to relax.  There will be time for that when all the cherries have been picked, but until then, there’s work to do.

The job would seem impossible.   And if not impossible, impossible to do well.  But listening to Mr. Shrum talk about his cherries, you would think he was a home gardener checking daily on a lone cherry tree in his back yard, urging it to grow night and day.

Which is not to say that he doesn’t work night and day, because he does.  Sleep is a luxury during spring and summer.  Cherries must be pampered as harvest approaches, their skin thin and susceptible to the Northwest and its fickle weather.  Sleeping is just another opportunity to fail, and for Eric Shrum, failure is not an option.
It’s all part of being an orchardist in Oregon.  The weather that can destroy an entire year’s crop is the same weather that produces the environment to grow the best cherries in the world.  You live and die by it. 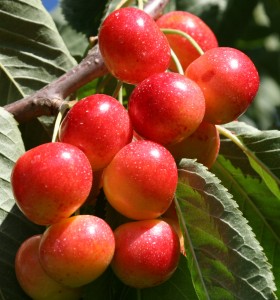 or Eric Shrum, that means working 100+ hour weeks in the spring, making sure his cherries don’t frost over.  Gigantic fans heat row after row of cherry trees and Eric takes it upon himself to make sure that the right fans are running whenever there’s danger.  It’s this kind of care and consideration that separates Orchard View Farms’ cherries from the pack.

He would never admit it though, producing the best cherries around.  He’s modest like that.  And even when I try to bait him into bragging about his cherries, he just laughs it off.

Maybe he doesn’t want to jinx himself.  There’s still a solid month of picking left to do before he can actually start to relax and, you know, think about next year’s crop.

Orchard View Farms’ cherries will be shipped all over the world by the end of the season.  Because of the fragile nature of cherries, they’ll be considered delicacies wherever they ship, and will go for top dollar in competitive markets.  From Japan to Australia, to United Arab Emirates and Malaysia, Orchard View Farms’ cherries will be snatched up and cherished for as long as the season allows.

For Eric Shrum, that means making sure that the first cherries of the season are as excellent as the last.  10 ½ months of work all boil down to this 1½ month period and the details are cruicial.  Everything must be just right. 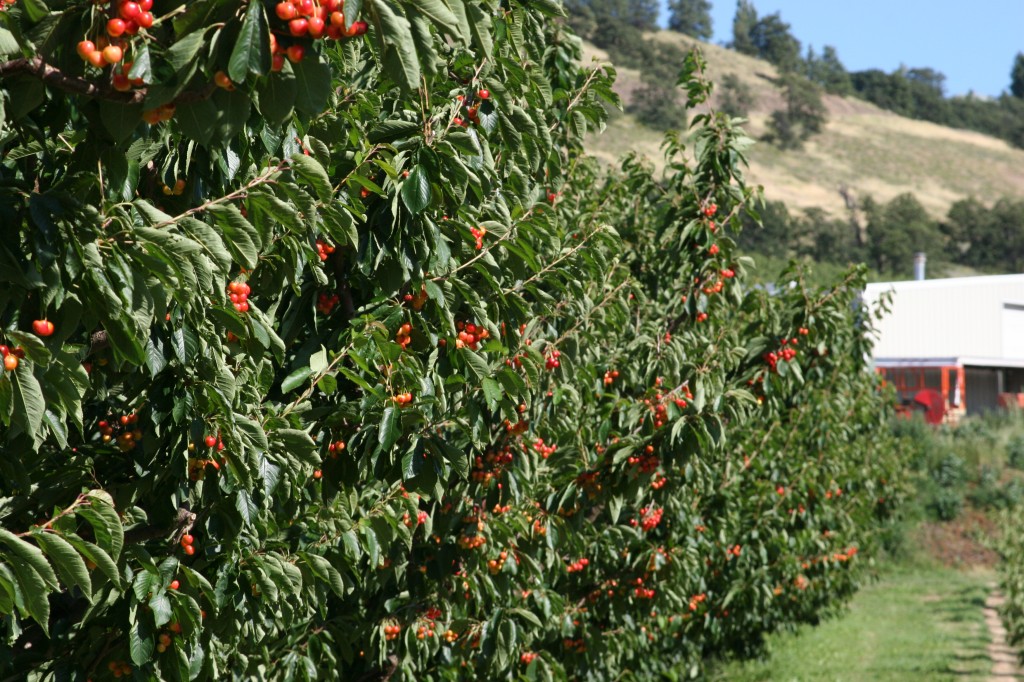 Our conversation ends with a question: “Do you still like Cherries?”  To my surprise he answers yes.  You would think that as the hours piled up, his love of cherries would be the first thing to go but sure enough, he still looks forward to the first Bings of the season, every season.

When you produce the best cherries around, who can blame him?