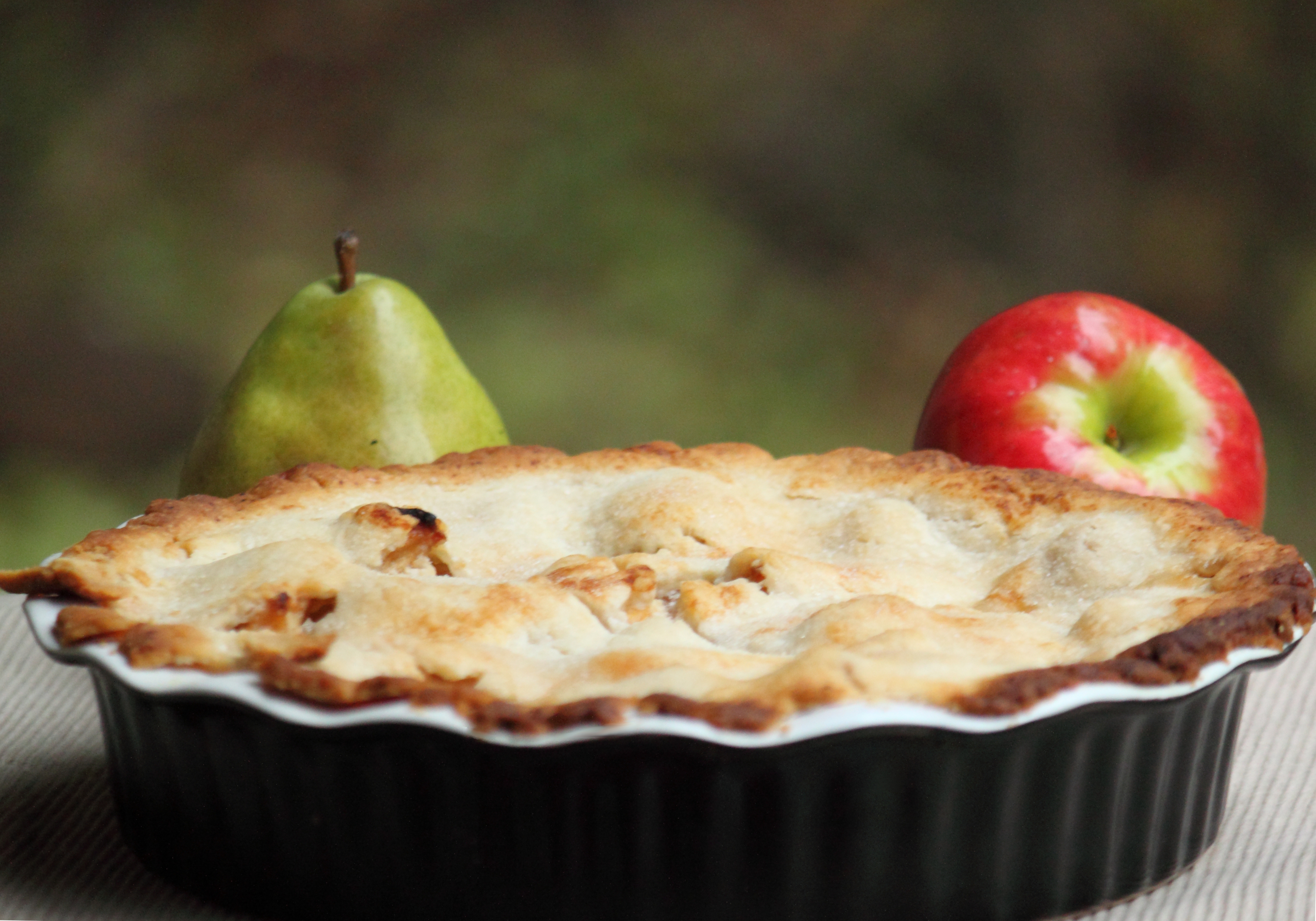 Everyone likes fruit; some people love it.  And then there are people like us, people who live fruit.  It’s in our cereal in the morning, our conversations during the day, and our dreams at night.  We’ve long given up using months and seasons to track the time.  We just go by what’s in season:  its apple harvest, its pear season, its blueberry picking time.

And during the holidays, when apples and pears are at their most divine, we can’t help ourselves.  We up our intake, eating our fair share and then some.  We find new ways to enjoy fruit: dried, candied, chocolate covered, as decoration (more on that next week) and our latest obsession, for dinner.  And if you know anything about us, it’s that we’re not talking about a fruit salad or a regrettable jello concoction.  We’re talking dinner, main course, the pièce de résistance.

Last year, we created a Thanksgiving feast centered around a different variety of fruit and posted it on the blog.  We figured best case scenario, people use some of the recipes and start cooking with fruit more. Worst case scenario? Two Thanksgivings.  It was win, win from the beginning.

The menu was as follows:

To say that it was delicious would be wrong.  It was all sorts of delicious.  And in the end, that gigantic meal in all it’s glory produced not a single leftover.  I’m getting teary eyed just thinking about it…

All of which is to say that we’re doing it again.  This year, we’ll be cooking up a Christmas feast with five savory courses and one dessert, all incorporating fruit in a big way.  We’ll be posting the pictures and our play-by-play in the upcoming newsletter, but we wanted to go ahead and post the recipes here a little early so that they have time to marinate.  Let the mouthwatering commence!